Rational Team Concert SCM command-line interface (CLI) and Build Engine are now available as native Ubuntu (.deb) packages for x86 32-bit and 64-bit systems. These packages are tightly integrated into the standard Ubuntu system making it easy to get started with your development and release engineering activities.

Starting in RTC 4.0.5 the Ubuntu packages are available for download from the All Downloads section of the downloads page on jazz.net. Download one or both of the packages and install them using the dpkg tool. The package contents can be verified using the GNU Privacy Guard (GPG) signed change summary files provided as separate downloads.

Sometimes it is convenient to use the command-line to install the packages. Servers sometimes lack remote desktop capabilities providing only command shell (bash) access. To install your package run the sudo dpkg -i <deb package file> command. Note: if you encounter the message "package architecture (i386) does not match system (amd64)" then try the sudo dpkg -i –force-architecture <deb package file> command instead. 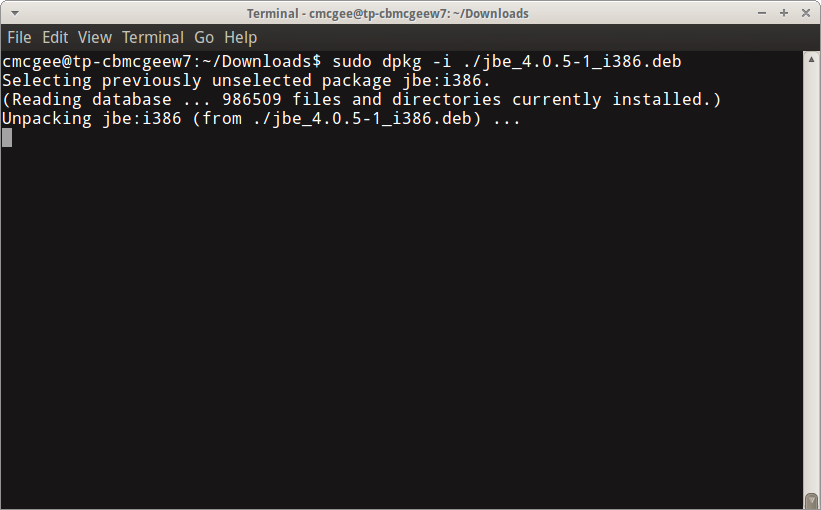 When the installer needs additional information you are prompted using the debconf UI. This information is used to further customize your install. For instance, the build engine package prompts you for the repository URI of your RTC server. 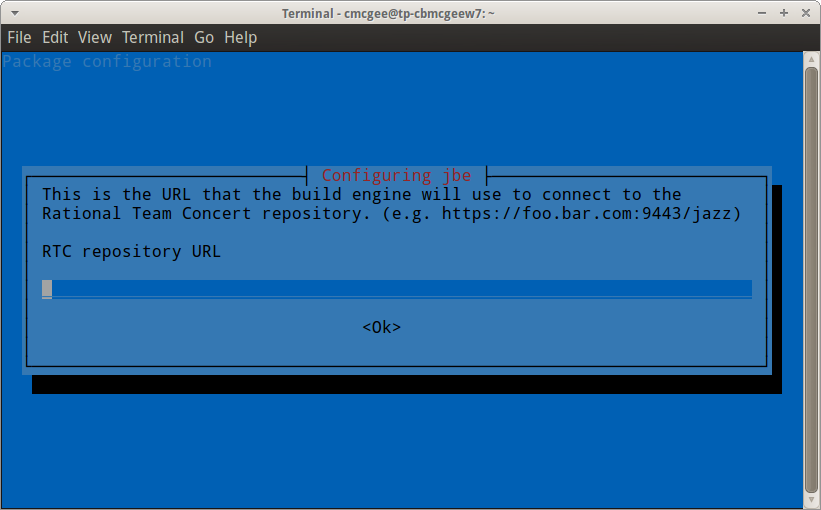 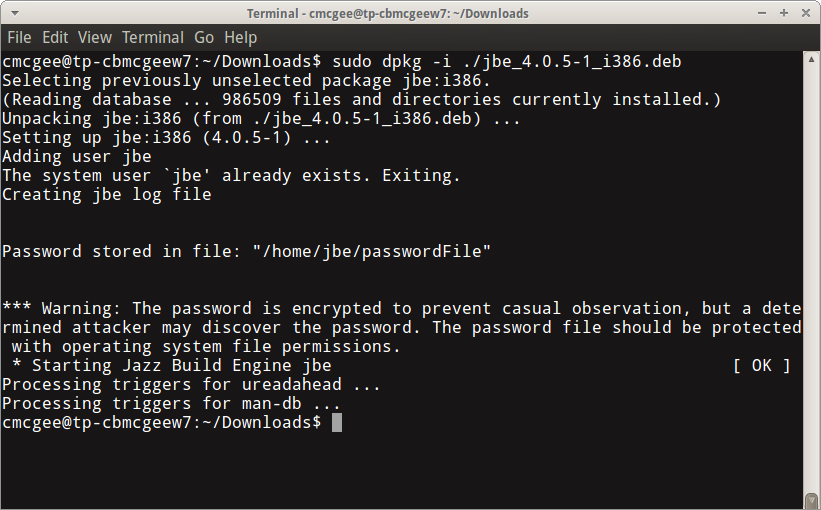 Once the SCM CLI is installed you can access it using the lscm command from your system path. The full man page is available for this command. For further information about CLI usage with examples consult the getting started with the Jazz SCM command line in Rational Team Concert article. The using Rational Team Concert on Mac with Xcode article shows you how you can use the SCM CLI in conjunction with a rich development environment. 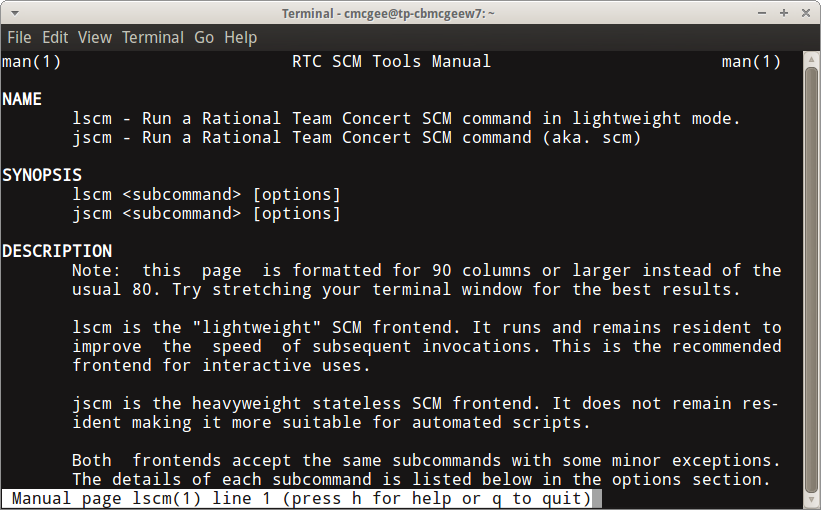 The build engine package automates much of the installation. The jbe command is available from your system path. A man page provides a quick overview of its usage. It was mentioned earlier that it automatically creates a jbe user and registers a service that executes the build engine as that user. The password entered during the installation is obfuscated and placed into a special file in the user’s home directory that is protected using file system permissions. After installation the build engine is ready to execute build requests from your RTC server.

As a safety precaution the jbe user account is created without administrator privileges and has no shell preventing login capabilities. You will notice that the jbe password file in /home/jbe is visible only to the jbe user and root. The same access control applies to the build engine log, which is kept in /var/log/jbe.log.

Starting and stopping the build engine is done in the usual way with an init script. To stop a running daemon you can run the sudo /etc/init.d/jbe stop command. Start the daemon using the same command with start instead of stop. 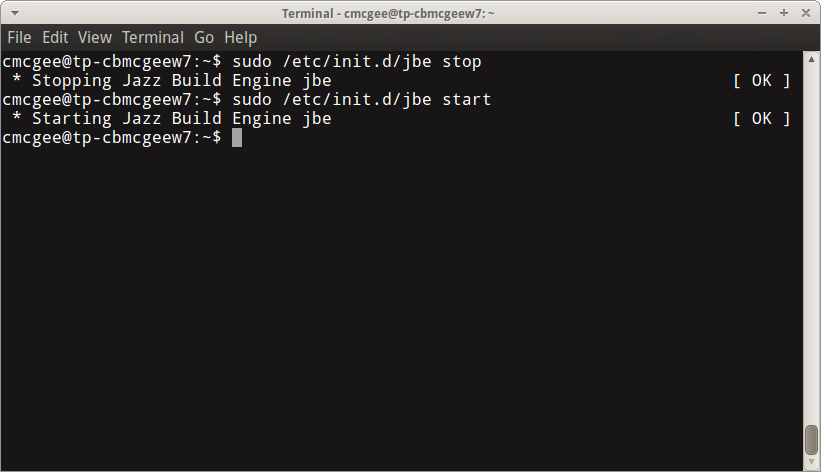 Chris McGee is a member of the Rational Team Concert source control team.

No 2 people rated this as helpful.