Rational Synergy integrates with Rational Team Concert (RTC) using a bridge. Using the Synergy bridge to RTC allows integrating Synergy with RTC so that you utilize the benefits of Work Items, Agile Planning, Collaboration and Dashboarding capabilities without using Jazz source control. The use of this bridge is fully compatible with the use of Rational Change; it therefore is possible to use:

This integration is available for Synergy customers and is named “Rational Synergy for Team Concert interface”. It is compatible with:

Synergy users will benefit from a completely integrated user interface (based on Eclipse) providing the RTC user interface for Work Items, Agile Planning, Collaboration and Dashboard, and providing access to Synergy data and operations (based on the Synergy for Eclipse interface). 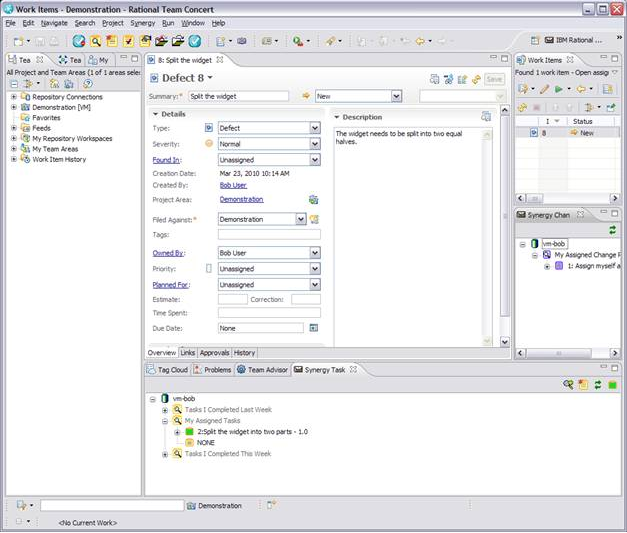 The Synergy for RTC user interface

Rational Change is used to support the Change Management process. Change Requests (CR) are submitted, reviewed and at some point a management decision is made and they are planned for a product release: 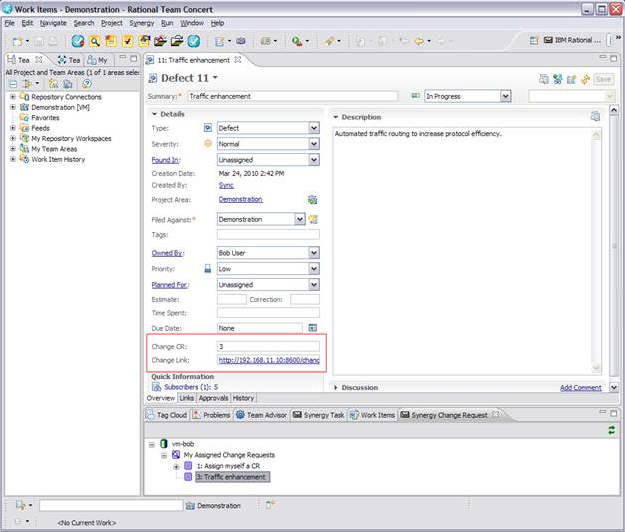 Traceability link between a RTC WI and its corresponding Change CR

The team leader is working in RTC and is performing release and iteration planning. He manages WI’s that can be related to Change Requests in Rational Change (Defects, Enhancement Requests), and other work items (Stories, Tasks, …) unrelated to Change CRs.

The team leader assigns the WI to release iterations and to developers. 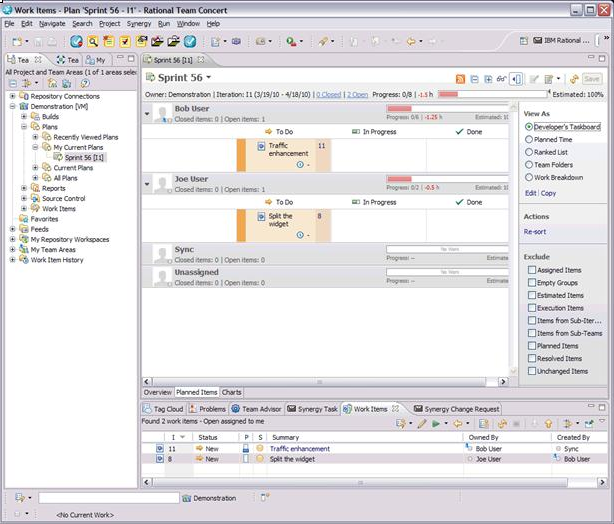 Iteration planning with WI originating or not from Change CRs

The developer sees the WI assigned to him, he can create a Synergy task related to the WI, or can relate an existing Synergy task to an assigned WI. 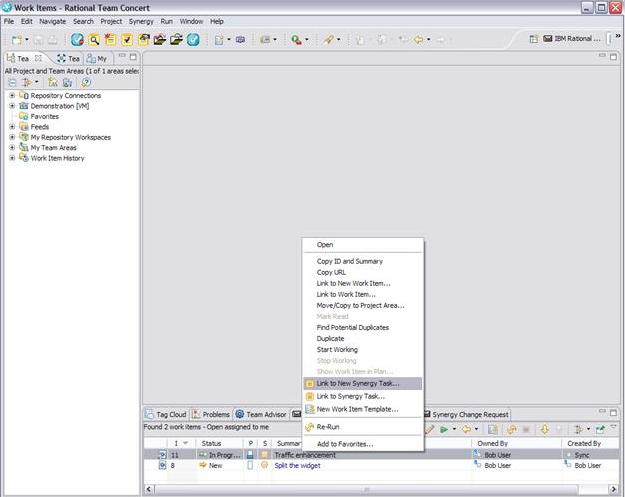 Creation of a link between a Synergy task and a WI

Jean-Louis Vignaud is leading the Product Management team for Rational Change and Configuration Management. He can be contacted at sjlvignaud@fr.ibm.com.

Ujjwal Sinha is the Product Manager for Rational Synergy and Change . He can be contacted at ujjsinha@in.ibm.com.