Part 1: Explicit ranking in a new plan after adopting RTC 4.0.5 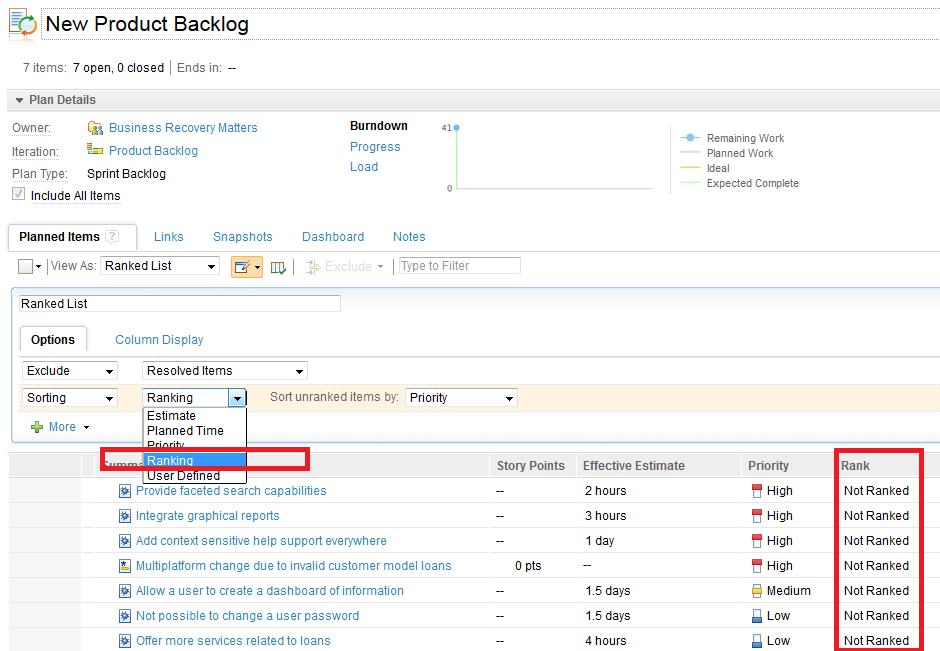 How does the new explicit ranking work? 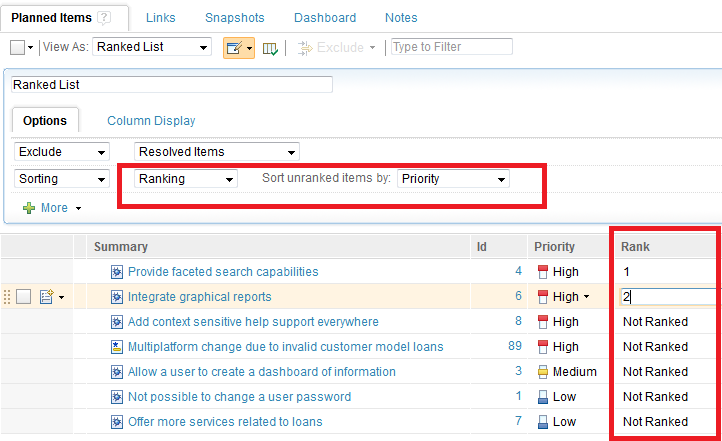 Options to rank within a plan

You can rank items (or remove rank) within a plan using four different methods:

1) Remove Rank: This action removes the rank associated with the item. If the item is not currently ranked, it is disabled. In the following example, the operation is applied to the item, “Add context sensitive help support everywhere.” 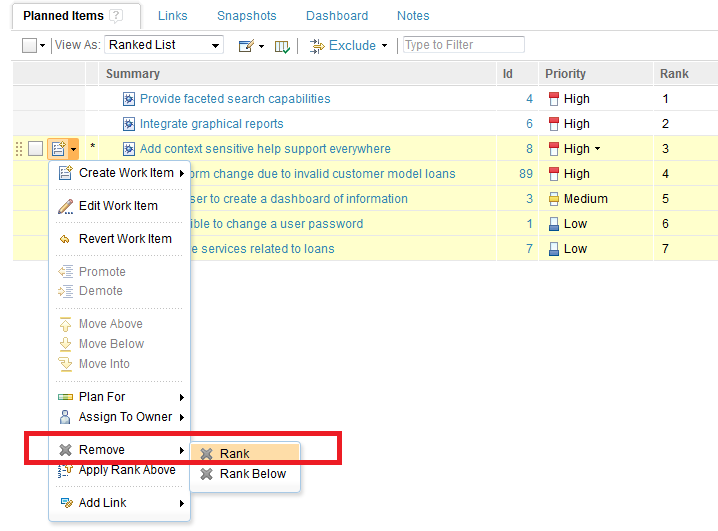 The item loses its rank and is reordered to the bottom of the list.

2) Remove Rank Below: This action removes the rank of all the items below the currently selected item. In the following example, this action is applied to the item, “Integrate graphical reports.” 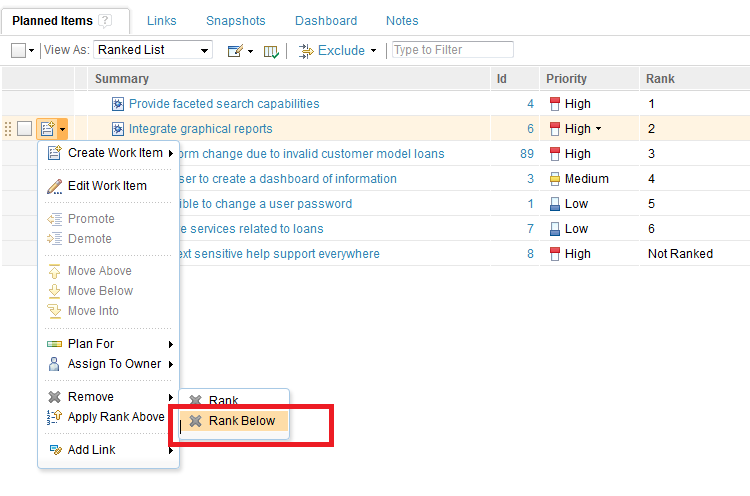 All ranked items below this item lose their rank.

3) Apply Rank Above: This action assigns rank to all the items above the currently selected item. In the following example, this action is applied to the item, “Allow a user to create a dashboard of information.” 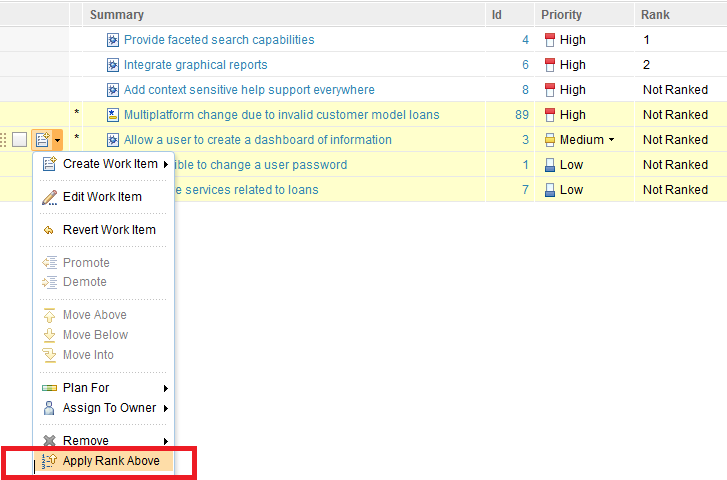 All items above this item are ranked.

Although drag and drop existed in the previous ranking model, there are a few changes in its behavior in the new model.

1) If you drag an item to the top of a plan, it is assigned the rank “1,” and the ranks of all ranked items below it are increased by 1, as shown in the following example when the item, “Multiplatform change due to invalid customer model loans,” is dragged to the top of the list.

2) If you drag an item below another ranked item, it gets the next rank, and the ranks of all ranked items below it are increased by 1, as shown in the following example when the item, “Add context sensitive help support everywhere,” is dragged below the top element on the list.

3) If you drag an item below an unranked item, it loses its rank (if it has one), and its sort attribute for unranked items is changed to that of the predecessor item, as shown when the item, “Provide faceted search capabilities,” is dragged below “Allow a user to create a dashboard of information.”

You can also directly edit the rank value of an existing item to specify a integer rank. Click the rank cell that corresponds to the rank that you want to change, and type the rank value.

Based on the rank number that you type, the item and all subsequent ranked items are re-ranked accordingly. In the following example, a rank value is given to the item, “Add context sensitive help support everywhere.”

If you enter a number that creates a gap in the ranking, the system displays a warning message, as shown in the following image.

Clicking “Yes” ranks the item after the last ranked item. Clicking “No” cancels the operation.

In the following example, the Importance column is a custom attribute with four categories: Not Important, Light, Essential, and Crucial. The weight of the items increase from lowest to highest. In an unranked plan with items having their importance assigned, setting the secondary sort attribute to the Importance enumeration results in a sorted order, as shown in the following example.

You can see that the plan is now using the Importance attribute for the plan item during sorting. All the unranked plan items (in this case, all of the items) are now sorted according to their importance, starting with the most important to the least important.

The Migrate Rank action is enabled when the plan has no unsaved changes and is in a flat-list view with no groups or hierarchical displays. The following example shows an existing plan using the attribute-based ranking.

After the Migrate Rank action:

No 10 people rated this as helpful.