What can Figure 1.1 possibly represent?

This represents merges on a very popular file in the Jazz Source Control stream. Figure 1.2 shows that graph in its original context in the History View.


2. Sharing a project with drag and drop

Figure 2.1 shows how an unshared project can be dragged from the Package Explorer and dropped to a component in the Pending Changes view.

Figure 2.1 – Share a project with drag and drop gesture

Figure 2.2 shows the project was shared into a new change set.

The change set adds the JUnit Examples project to the component JUnit in the user’s repository workspace. It can now be delivered to the JUnit stream to allow others to contribute to that new project.


3. Creating a change set from a work item with drag and drop 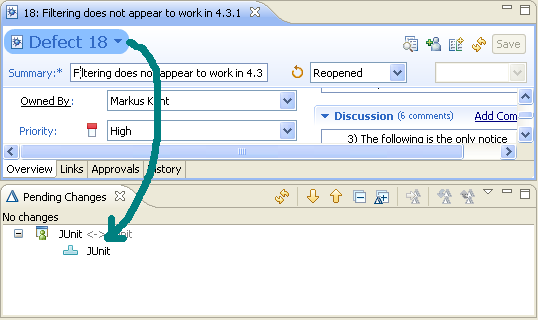 Figure 3.1 – Creating a change set from a work item


This gesture creates a new change set associated with that particular defect (Figure 3.2).

Figure 3.2 – New change set is associated to the work item


Markus quickly edits the files in the JUnit component as needed to correct the problem. He checks in the change set, runs his tests, delivers the change set and closes the work item.

4. Associating a work item to a change set with drag and drop


Markus has been looking at Defect 18 in the work item editor. A fix is urgently needed. What a coincidence! Markus had been cleaning up some code and incidentally resolved that problem. Markus hovers over the top left part of the work item editor and drags it to his change set in the Pending Changes view (Figure 4.1). 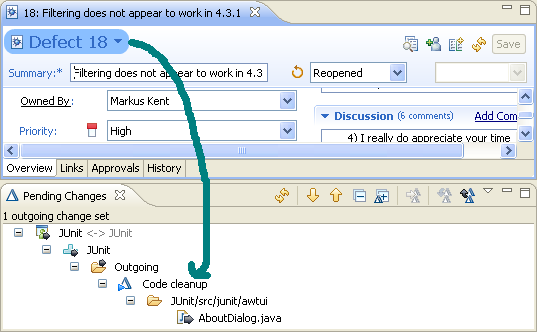 Figure 4.1 – Associating a work item to a change set


This gesture associates the work item to that particular change set (Figure 4.2).

Figure 4.2 – Change set is associated to the work item


Markus delivers his change set and closes the work item.

Note. Markus can drag a work item to a change set in the Pending Changes view from a variety of places – e.g. the Work Items view, Favorites folder under the Team Artifacts view and even from a work item showing under another change set.

5. Moving a change to another change set with drag and drop


Markus was cleaning up some code. A critical bug ‘Defect 18’ is calling for his immediate attention. What a coincidence! He happened to have fixed this issue while performing his routine code clean up. Markus decides to split up his Code cleanup change set. He creates a new change set for Defect 18. Figure 5.2 shows how Markus drags changes from one change set to another . 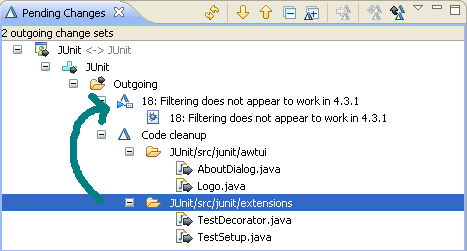 
This gesture moves some changes to the change set for Defect 18 (Figure 5.2). 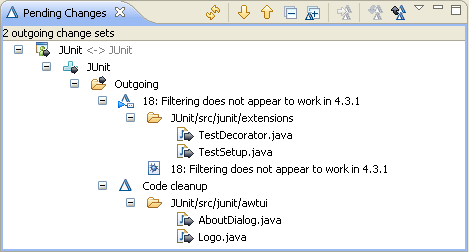 
Markus delivers the change set associated to Defect 18 and closes the work item. He returns to cleaning up the rest of the code in his change set named ‘Code cleanup’.

6. Check-in a local change into a change set with drag and drop


Markus fixed two bugs during his flight after visiting a customer. He reconnects to the Jazz server from the airport. Now he wants to check-in his local changes and deliver the fixes to his team. Markus uses the Pending Changes view to drag his local changes AboutDialog.java and Logo.java to the outgoing change set associated to Defect 18. Then he drags the local changes ActiveTestSuite.java and ExceptionTestCase.java to the other outgoing change set (Figure 6.1). 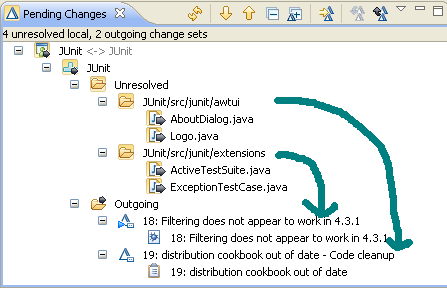 
This gesture checks-in his local changes to their respective change sets (Figure 6.2). 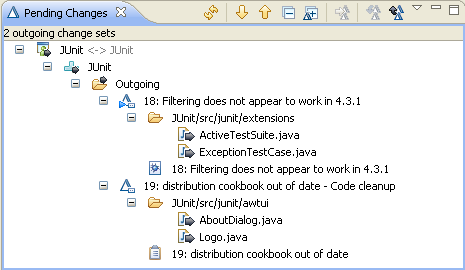 Note. Local changes can only be checked-in into active change sets. Completed change sets are immutable.

7. Adopting the latest changes from another team 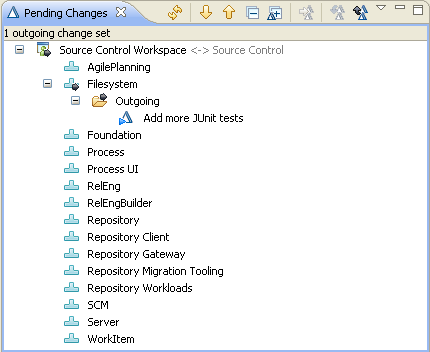 
Dima was busy adding more JUnit tests to his team’s component named ‘Filesystem’. He is interrupted in that task by the Process team lead. He is asked to immediately adopt the latest changes from the Process stream to workaround a serious usability issue. The first step is to select the Process component and change its flow target to the Process stream (Figure 7.2). 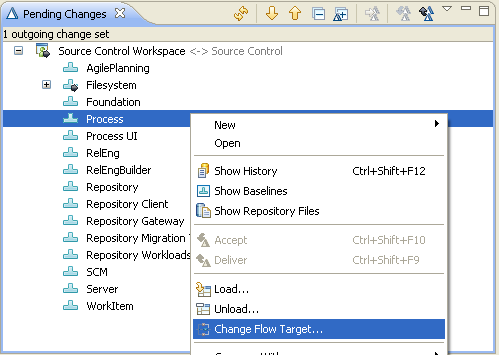 Figure 7.2 – Changing the flow target of the selected component ‘Process’


This brings up a dialog to pick up the flow target. Dima enters the name of the Process stream (Figure 7.3). This stream contains the latest change sets he needs to adopt. 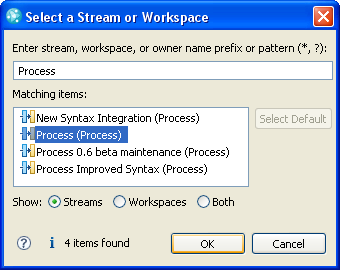 Dima accepts the incoming baselines from the Process component. Miraculously his workspace does compile and his team’s tests are green. Everything looks good and all that is left is delivering these baselines to the Source Control’s stream. Dima selects the component ‘Process’ and changes his flow target back to the ‘Source Control’ stream. Then delivers the outgoing baselines. Dima can now return to his previous task, adding more JUnit tests to his component. At that point his Pending Changes view is back to its starting state (Figure 7.1).

Adopting the latest changes from another team can easily be generalized. What do you think Figure 8.1 represents? 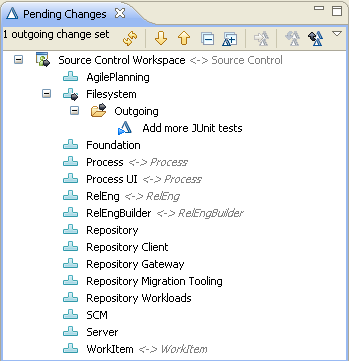 In other words Dima is working on tasks that require the latest from certain component’s stream owners. The version of the components Process, ProcessUI, Releng, RelengBuilder, WorkItem currently available in his stream ‘Source Control’ are too old. He does not want to wait until the Releng person in his team adopt these changes.

When Dima is done working his task he can reset all the custom component flow targets in one simple gesture. Figure 8.2 shows how to select the workspace node and reset the flow target for all its components to the ‘Source Control’ stream. 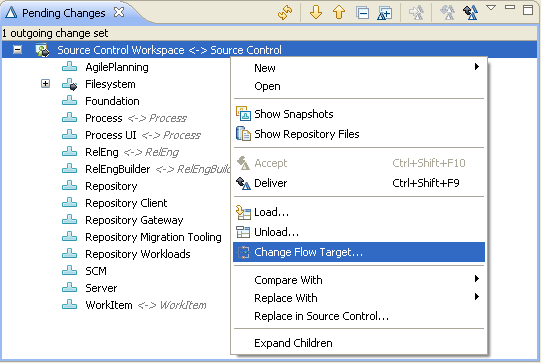 
Note.  The decoration <-> in the Pending Changes view serves as a visual reminder of the current flow target for the corresponding component or workspace.

Note. It is common and easy to flip back and forth between flow targets – to accept and deliver new change sets between two streams for example. The target selection dialog remembers the flow targets previously used.


There are times a developer just wants to develop a self-contained algorithm or feature. In such scenario it isn’t necessary to flow with streams, at least not until the feature is ready to be consumed by others. Jazz Source Control allows you to use your workspace privately, i.e. you can set the flow target to be your very own workspace. 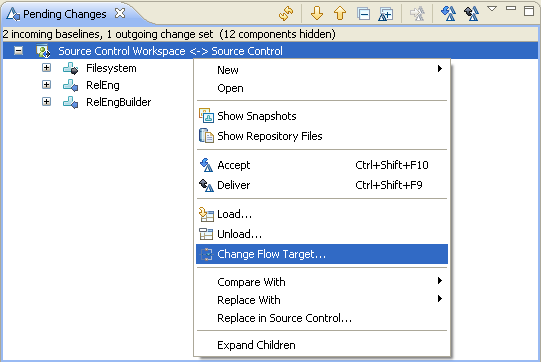 Then Christophe picks up his own workspace as the flow target (Figure 9.3). 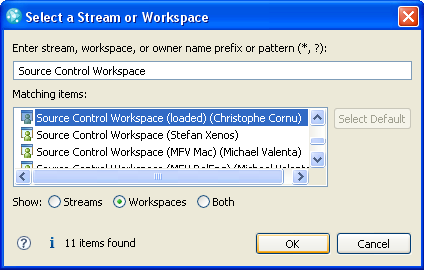 Figure 9.3 – Select the user’s own workspace to set private collaboration

Now Christophe can work on his feature without being disturbed by what others are doing. He sees all his active change sets.  He can suspend, resume them at will (Figure 9.4). If he completes a change set the Pending Changes view no longer shows it but he can access it with the History View.

Eventually Christophe can decide to flow his change sets to his team’s stream. He simply needs to change the flow target to the appropriate stream. All his change sets will show up as outgoing.

Note. Private workspace is most often used when quick starting a project or prototyping some isolated feature. E.g. a developer can decide to have two workspaces. One workspace that he uses to collaborate with his stream as part of his regular team development. And a private workspace to keep special tools and code not relevant to his team.

Note. The term private only refers to the absence of flow with another workspace or stream. Other developers can flow with someone else’s workspace and accept change sets from a ‘private’ workspace.

10. Quick and dirty versionning with auto check-in and auto complete

Jazz Source Control provides all the tooling necessary to nicely organize your changes into change sets and associate them with comments and work items. All of that is helping every developer understand and trace what is happening in a big project. Such good practices can be enforced by your team process.

However, imagine you are just using Jazz Source Control to backup your personal work as you go. All you want is the tool to transparently backup all the modification to your Eclipse workspace so that if your local hard drive fails or if you accidentally erase some data you have some means to get it back. You don’t care about comments, don’t want to attach work items to your changes. Just mirror my Eclipse workspace with the server.

Easy! Use your private workspace and check the following preference (Figure 10.1). 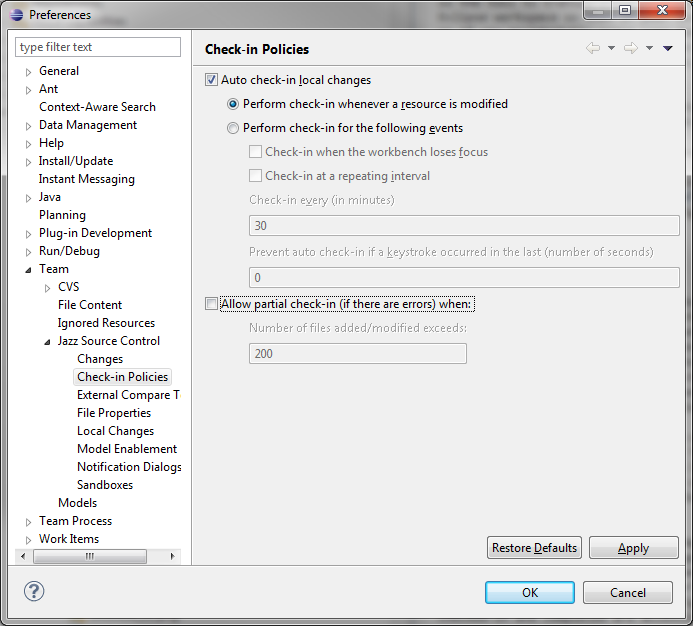 
Auto check-in checks-in your local changes to your repository workspace every time you save a resource. It creates a new change set or uses the existing current change set to contain the changes.

In this configuration Jazz backs up your changes automatically as you go. If you ever need to roll back a change you use the History View for your component or for a particular resource (Figure 10.2).

Figure 10.2 – Changes automatically checked-in are accessible from the History View

11. All the possible pending changes…


Figure 11.1 shows all the combinations of changes you may eventually see in the Pending Changes view. Fortunately many of these cases are rare and the view is usually much less cluttered…

Figure 11.1 – All the possible pending changes

12. Discard a catastrophic change set from a stream


Bill returned from a long week-end. He finds out the build is broken. He sees two incoming change sets from his teammate Markus (Figure 12.1). They seem really wrong. What to do? 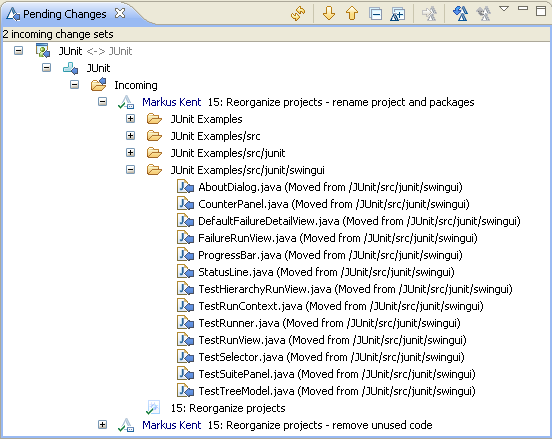 Markus is off for the day. Bill wants the build to be green as soon as possible and he needs to fix the stream ‘JUnit’. The tests are green for his repository workspace, a very good indication Markus’s change sets are the source of the breakage. If Markus’ changes had been small Bill would have tried to reverse them – i.e. deliver a change set that returns the stream to the state it was in before Markus’s changes. But the change sets look really absurd. Bill decides to replace the component JUnit in the stream with the version from his own workspace (Figure 12.2). 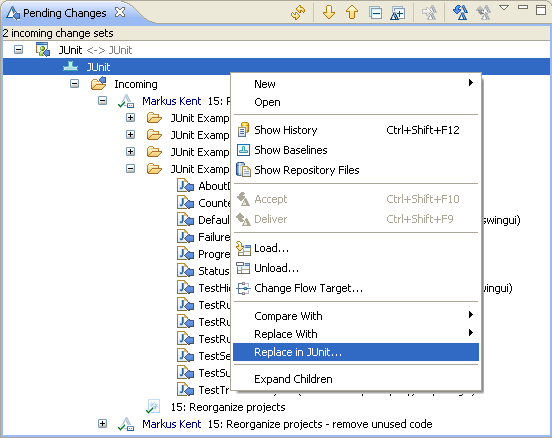 Figure 12.2 – Replacing the component JUnit in the flow target JUnit stream with the one in the workspace


Bill selects the component node and ‘Replace in JUnit…’. He has to confirm he really wants to replace the content in the stream (Figure 12.3).

Figure 12.3 – Replacing a component requires a confirmation
After Bill says ‘yes’ the two incoming change sets from Markus are removed from the stream and Bill is in sync with the stream as expected – rather Bill forced the stream to be in sync with his workspace (Figure 12.4).

Figure 12.4 – component JUnit has been replaced in the stream


Bill is satisfied to see the following build is green. Well done! But what is he going to say to Markus the next day? Figure 12.5 shows what Markus sees the next time he connects to the server.

Figure 12.5 – Markus sees the component JUnit has been replaced in the stream


Markus notices two things. First, someone replaced the component in the stream, which is unusual. Second, the two change sets he had delivered earlier are showing as outgoing. He is thinking about re-delivering them, and he could, but the unusual component replacement prompts him to re-examine his orignal changes. He discovers that he had accidentally deleted more code than he meant to. His changes were really unusable. Bill saved the day. Markus accepts the incoming replaced component to abandon his changes. His Pending Changes view would now look like in Figure 12.4.

Note.  ‘Replace in…’ is meant to be used in exceptional circumstances by team leaders when the stream is unstable and needs to be returned to a safe point. A particular version found in a workspace or from a particular baseline. Most commonly a developer would deliver a new change set that fixes the problem. That change set could be associated with a work item explaining why the changes were reversed – thus providing better traceability than the ‘Replace in’ solution.

No 28 people rated this as helpful.